What kind of girl would a guy not want to marry

Every guy desires a dream girl that he would go all out to impress. With lofty checklists of the perfect girl that won't necessarily be found on planet earth, guys usually tone down their requirements as maturity kicks in! So what does a guy really want in a girl, or what does he NOT want? Here we take look at a few things that some guys had to say about attributes they wouldn't want their life partner's to have.

(Also read - Your checklist before the big proposal)

24-year-old Shiva Badheka says, "What I don't like in certain girls is that some of them crave for attention, some of them are too childish, too flirty. If they can be flirty, then I doubt I'll be able to trust them later on."

(Also read - Want to propose? Tips for a perfect proposal) 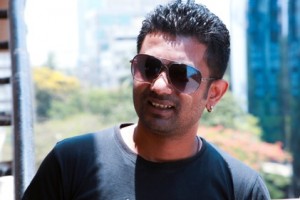 Video compositor Sujeet Kumar said, "I don't want a girl who's too brand conscious. I see a shirt, I like it, I buy it! She shouldn't be any different; else it'll cost me (smirks). I don't mind my girl having an independent life/career, I won't step in the way of that, because that will make her less dependent on me. I prefer girls who are like that."

(Also read - Reasons why women are attracted to much older men)

Senior Video Editing Artist Jai Gupta said, "She should be ambitious, yes, but not past the point where she ignores family. She shouldn't be overly possessive about me as well. I'll give her space and she should understand that I need mine too. She shouldn't be too different than me. I think similar personalities attract and stay together longer." 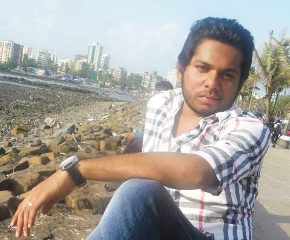 Arnav Jagdale was of the opinion that social media has become so popular nowadays that it can overshadow responsibility. "I don't want a partner who is overly obsessed with her social life. Facebook shouldn't come before family. One more thing I wouldn't want is a girl who is short tempered – I know I am; there needs to be someone who is a calming influence, else all hell will break loose!"

25-year-old Shashwat Purav said, "She shouldn't be a girl who feels uncomfortable around my family and friends. I know I'll mix around well with hers, because that's how I am. She shouldn't be just my wife, but my friend too! And yes, she shouldn't shun cultural values for a modern lifestyle."

Everybody had an opinion about what they wanted in the girl of their dreams, but most of them found it hard to point out what they wouldn't want in their to-be-wife!

So girls, now that you have got an insight into what goes on in the mind of guys when it comes to choosing a life partner, it's time to put your best foot forward in the dating world! And guys, now that you've seen what some of the men we interviewed felt about this topic, it's time to make your checklist too... not only of the things you'd want in a girl, but of the things you wouldn't as well!