Kapil Sharma is a genius? Yes, that's what they all say! Indians have finally got their very own Chris Rock, and like Chris, Kapil has got his own show! In the spotlight, Kapil has got every trick in the book, and his spontaneity is what sets him apart from other comedians. Comedy Nights With Kapil has been a super hit TV show on Indian television and there are numerous reasons for that. So here we look at what some people had to say about Kapil's comedy show and what they felt makes it so special! 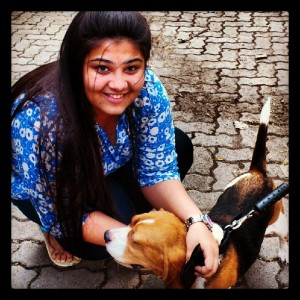 Meeta Sajnani is an ardent Kapil fan and she manages to catch the show every weekend with her family. She makes sure that everyone in the family shares a laugh and calls it a great family bonding time. "Comedy Nights really makes us all laugh, together as a family! I've watched a lot of comedy shows but this show is epic. I think Kapil really pulls it off well. He is so spontaneous, that's the reason this show kicks all other shows off the top! I don't mind getting insulted by him on the show, but I want to get on it once!"

Considering the fact that many legendary male comedians in the U.S. have done comedy routines dressed up in drag (men dressed up as women), blogger Pooja A.N. said, "It's good to see that Indian society is opening up to men performing in drag. One thing that's special about the show is that things are spontaneous and I love to see famous actors be themselves on the show. Actors show their true colours and their sense of humour and you get to see that right in your living room. No masks, no scripts for them! Besides this, Kapil is a genius!"

(Also read - What if your partner and friends don't get along?)

Quite a lot of people used the word ‘spontaneous' for Kapil Sharma. It's great to see that someone like him has upped the comedy game here in India. It really needed a push and the standards it will reach now is exciting to expect!

HTML developer Devendra More is a huge Salman Khan fan and was excited to see Salman promote his film on Comedy Nights. "Kapil has got a great sense of humour, me telling you that is like Captain Obvious saying ‘hi'. Big time actors come on the show to promote their films and they too are excited to be on the show. Whichever film gets released or is getting released, the actors come on the show for publicity, this helps Kapil's TRP and the movies get that big exposure as well. It's great to see the Indian small screen industry helping the big screen industry in such a big way! Salman came to promote ‘Jai Ho' and did that comedy routine with Ali Asgar which was comedy gold!"

(Also read - Tooth brushing mistakes you may be making) 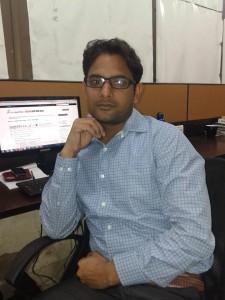 Niharika Chhabra was excited to speak about the show and had a lot to say. "The show looks like a big Punjabi family… Sidhu ji's shayari is another thing which makes the show really lively… not to forget his florescent turbans and ties, which make the show all the more colourful. The show has really been a big hit in very less time, crossing all barriers of language or caste and has even reached overseas. The format of the show is loved by one and all, be it Punjabis, Gujratis, or the Mumbai's Marathi Manoos. The celebs coming to the show actually seem to be comfortable and cheerful – be it veteran actors like Shahrukh, Salman, Akshay, Madhuri, Sushmita or the newbies like Sonakshi Sinha, Arjun Kapoor, Parineeti Chopra and Tiger Shroff. This show has become a huge platform to promote movies and reach not only masses but also classes."

This show has taken Indian audiences by storm. Let's just wait and watch if it can endure the test of time as well, because we'd love this show to continue for a long time! Kapil ke liye... thoko taali!

Yoga for a slimmer face