Who Wore What At The Charity Dinner With The Royal Couple 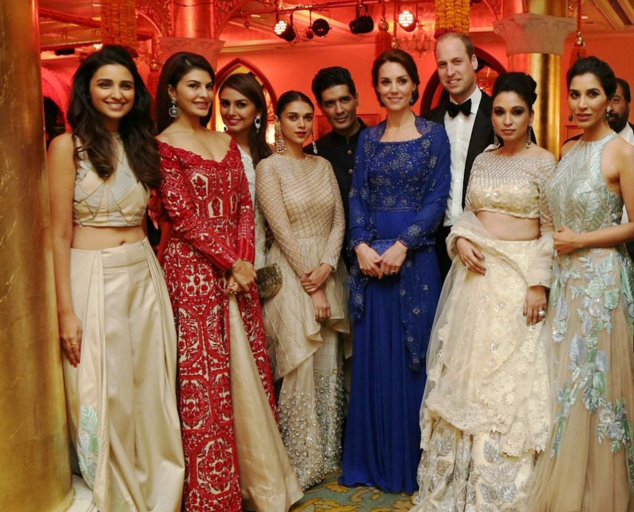 The updates about the maiden visit of Prince William and Kate Middleton, the Duke and Duchess of Cambridge to India have been flowing since the time they started their seven-day tour of India and Bhutan. Right from their game of cricket with the street children of Mumbai to their tribute to the victims of the 2008 Mumbai terror attack at the Taj Mahal Palace Hotel, every detail about the royal couple has made the headlines.
But it was the grand charity dinner hosted in honour of the royalty which saw the who's who of Bollywood. The Indian entertainment industry gathered to make this a gala event. Everyone was dressed at their impeccable best and as a result, the shutter bugs just could not stop clicking. We, at The Brunette Diaries, could not stop ourselves from analyzing the style quotient of this grand event ;)
It's time to see who wore what at the charity dinner!

For starters, Kate chose a boat-neck, beaded cobalt blue gown from Jenny Packham which had an Indian touch to it. She teamed it up with an exquisite cape, drop blue earrings and a matching navy clutch. She carried her hair in a classy, French-style twist. William looked dapper in a black tuxedo, white shirt and a bow-tie. 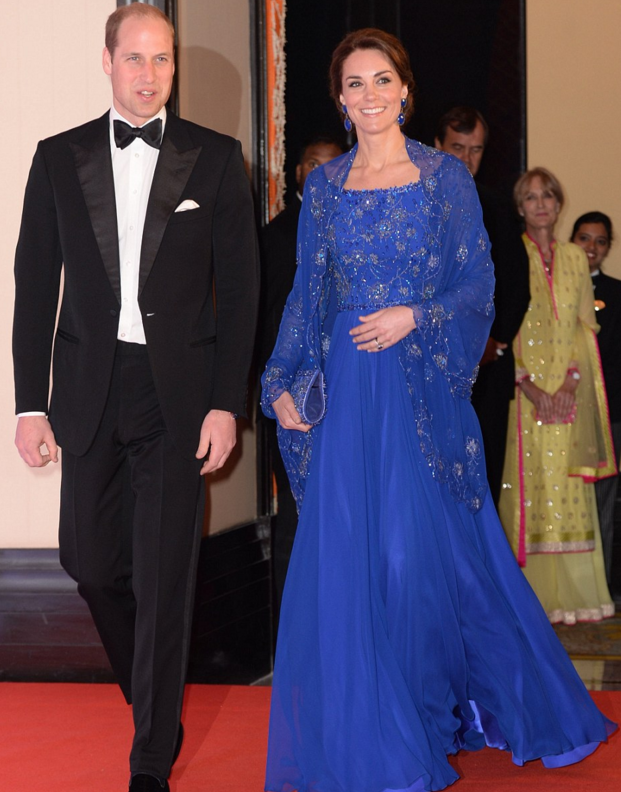 The Duke and Duchess of Cambridge looked every bit royal![/caption]

Here's a look at how the guests showed up at the dinner party. 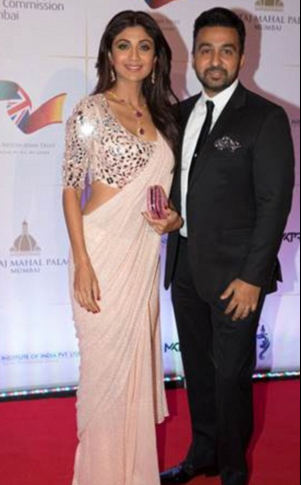 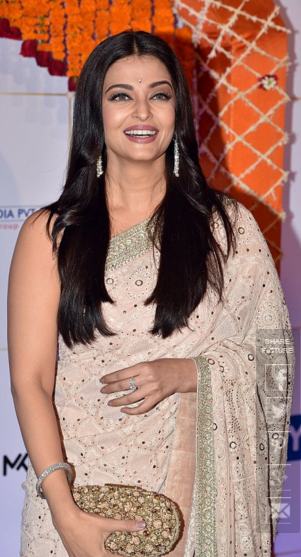 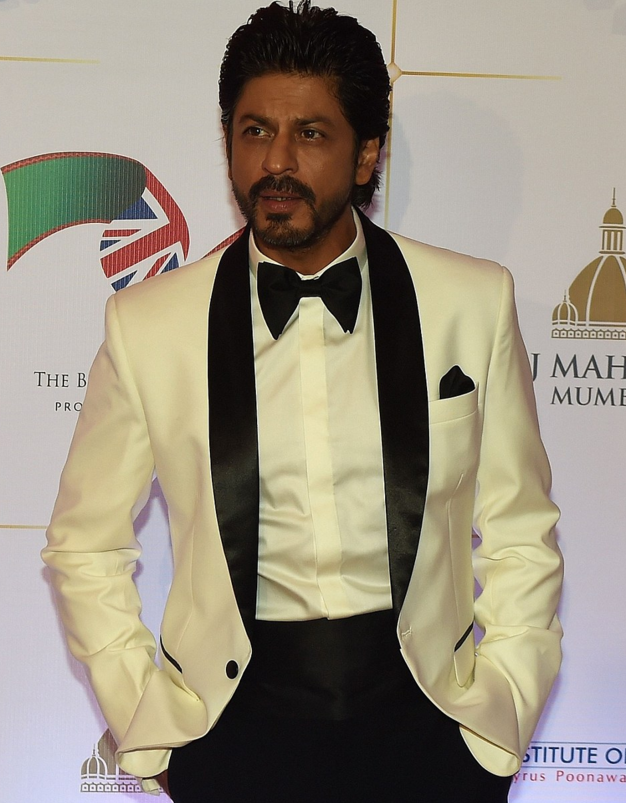 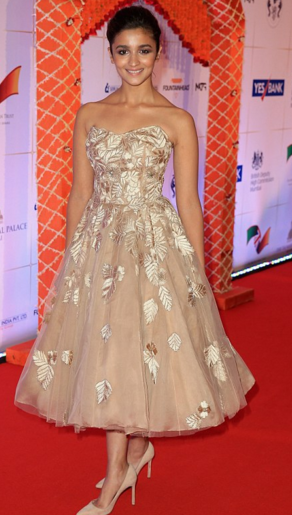 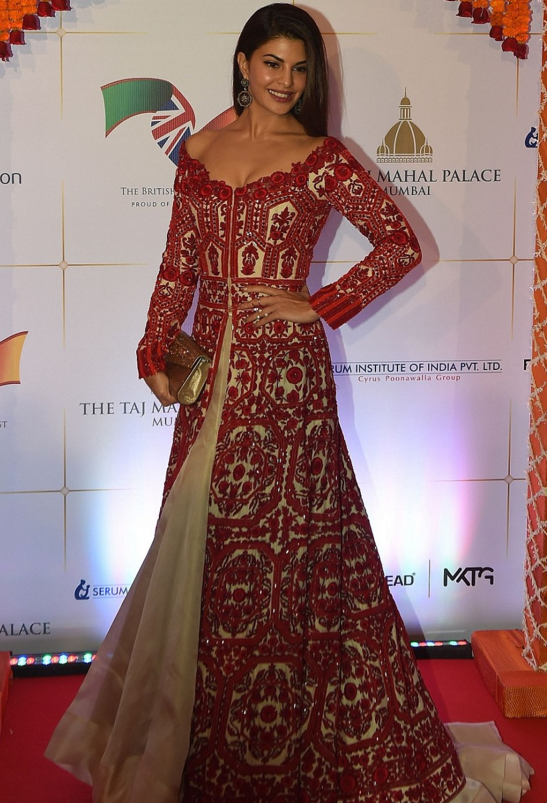 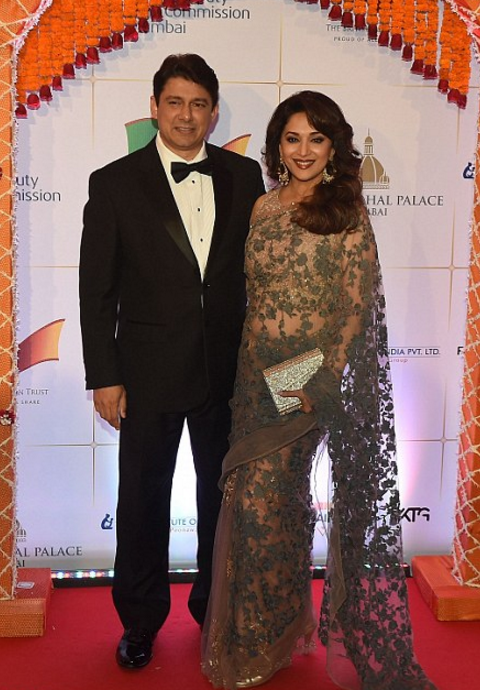 Madhuri Dixit Nene look elegant in a sheer, grey saree while her husband, Sriram Nene complemented her just too well[/caption] 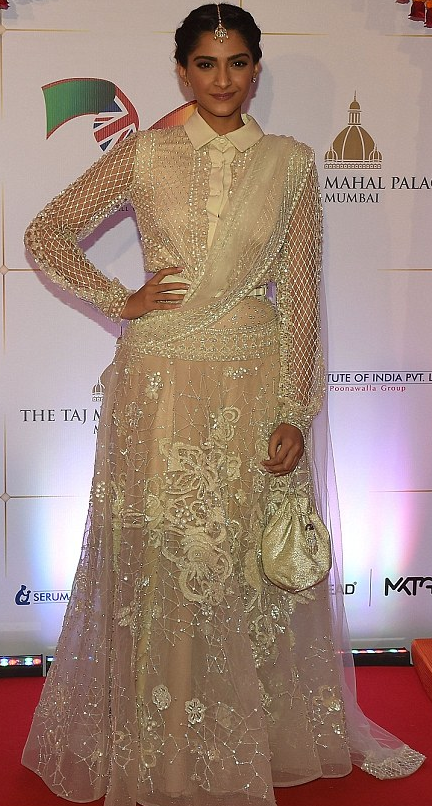 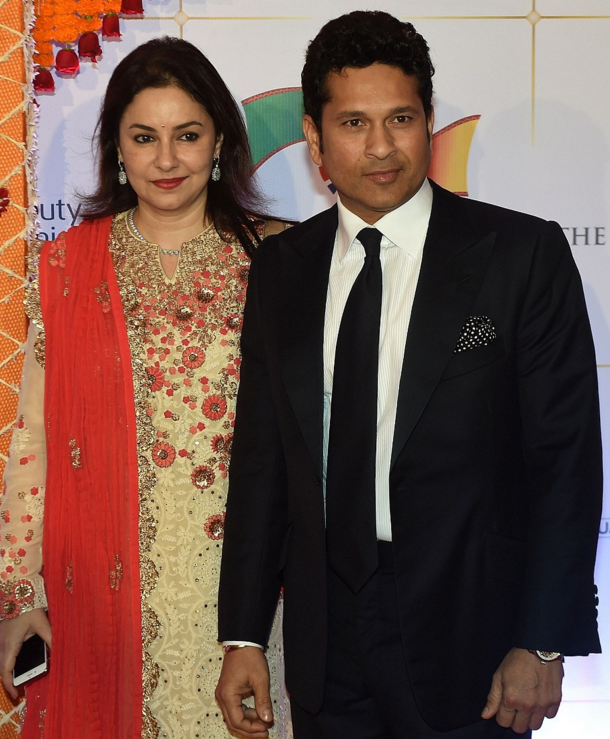 Sachin Tendulkar graced the party along with wife, Anjali Tendulkar[/caption] 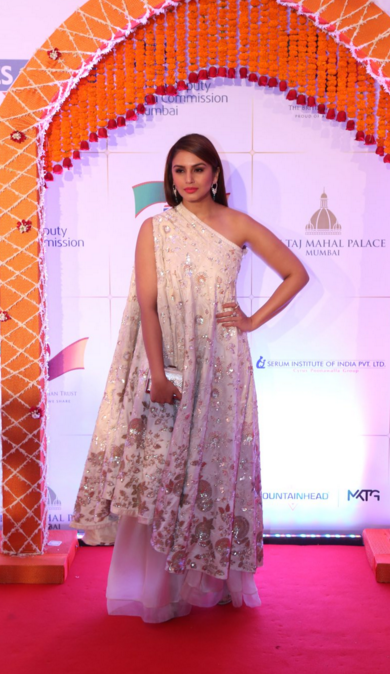 Also Read: What To Wear To A Wedding Apart From Sarees And Anarkalis The Duchess of Cambridge, Kate Middleton won our hearts by wearing clothes that pay tribute to our Indian culture. The blue drop diamond earrings that she wore were from the Indian jewellery brand, Amrapali while the gorgeous blue gown had been specially beaded in India. In fact, this was Kate's third costume change in a busy day. In the morning, she wore a red paisley printed blouse and skirt from Alexander McQueen though the print is a visible nod to India. She chose to flaunt her effortless curls and completed the look with a pair of tear-drop Indian earrings, a beige clutch and a pair of sexy pointed-toe pumps. Kate and William spent the afternoon with children from an NGO at Mumbai's Oval Maidan, visited one of the most impoverished slum areas of Mumbai and were given a traditional Indian welcome at the Walkeshwar Temple. Honestly, we love the way Kate carried an Anita Dongre bright summer dress with nude rope wedge heels and sparkling chandelier earrings. The boho-style dress was in pastel shades of green and pink and Kate chose to cinch it at the waist with a pink belt. Kate sure looked every bit Indian in this concoction of a patchwork print summer dress and tousled beach waves. The Duchess was at ease in this comfortable flowy dress, even while playing cricket with street children[/caption] Different Types Of Concealers And Their Uses

TBD Tips: Travel With Your Partner Before Getting Married