Why is India so excited about Transformers: Age Of Extinction

The epitome of visual effects is back to take us on a ride like never before! If Transformers 1, 2 and 3 hasn't caught your attention, then you've been living under a rock, like Patrick! ‘Transformers: Age Of Extinction' is finally here and the movie world is buzzing and booming, much like most of the explosions in these movies (too many of them, some not even required, but who's complaining? Everyone loves Diwali).  So Transformers is finally set to release the biggest and ‘baddest' of its series soon and the Indian audiences can't wait! Here is what some excited movie fanatics had to say about the new ‘Transformers' movie –

(Also read - How to get rid of chlorine from your hair) 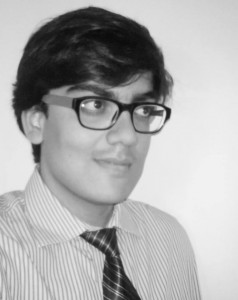 Coming from a visual effects background, Rupesh Tripathi is a perfect mix of comic book maniac and animation crazy. The Transformers series is pure meridian for this guy! "I'm really excited, as you can see with the smile, when you asked me this. I've been following ‘Transformers' since I was a child and I've followed the animated series, collected merchandise and everything that could be done as a fan! I'm looking forward to seeing the beast transformers in ‘Age Of Extinction'. Scorn – the dino transformer! The VFX of ‘Transformers' has always been exceptional and this one promises to be bigger and better. It is really difficult to rig characters like them since each component requires collaborative co-ordination and definitive detailing. I'm certainly not going to miss this one. To the movie theatre! ASAP!"

Another comic book fan, Anand Bhaskar, admitted that he did not even know about ‘Transformers' prior to the movie. "I really didn't know about the animated series and the comic book series, which is quite surprising since I'm a comic book fanboy. But when I saw the first film, I researched about it and loved it! I mean, the characters, the VFX, the sound, everything was amazing. The ‘Revenge Of The Fallen' was disappointing and then the ‘Dark Of The Moon' was alright. But ‘Age Of Extinction' has got me eager like never before. The trailer and everything else was special so far, so I'm surely going to watch this one. Let's hope for the best." 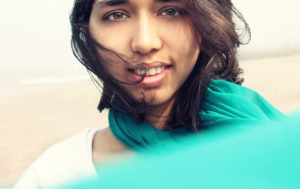 Priya Rego isn't much into Hollywood films but when it comes to ‘Transformers', she can't miss it. "I'm excited about watching the dinobots on screen. The action and special effects for the new film is going to be epic. So far it has been mesmerising, so I'm obviously looking forward to bigger and better movies from the ‘Transformers' series. Optimus Prime is going to kick some decepticon ass! I'll definitely go for the film."

Bumblebee fan Raashi Bhalla is looking forward to see him in the film. "Bumblebeeeee! I love that character. I haven't even seen the trailer because I want to watch the film directly! Can't wait."

The film has got everyone excited! If you are one of those who hasn't been following the series as of yet, try watching this film and you too will see why the craze is of epidemic proportions. So get off your seats and book tickets for the film at a theatre near you! Autobots... roll out!

Things that every bride-to-be must remember

How To Stay Healthy And Hydrated During Ramadan