Why Is IPL So Loved In India

The Indian Premiere League (IPL) is like a marriage between cricket and the entertainment industry here in India, and even those who aren't too fond of the sport find it tough to stay away from their television sets. This cricket party is special to lovers of the game and all those involved, love it to the death! Here we look at what some people feel about the IPL and why it's one of the most exciting leagues in the world.

23-year-old copywriter Pierre Santos had this to say, "First thing is, it's 20-20! A tournament like this is fun, quick and convenient to watch, considering it is prime time television! I find it unpredictable, that's the beauty of it. I also like the fact that there is a mixture of cultures in each team which is always exciting – the clash of different cultures! The experience that international players bring helps our young Indians." 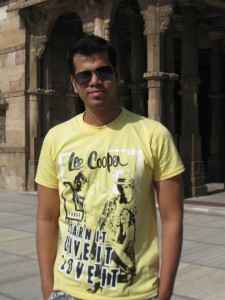 Senior illustrator Vijay Parulekar had a very interesting opinion, considering the background of cricket he came from, this is what he said, "I'm a massive cricket fan, but I fancy International cricket over the IPL. Reason being, I don't like it when good bowlers get taken to the cleaners. I was a bowler myself, in my college days, and I know how it feels to get thrashed so much. Besides that aspect, I do watch the IPL from a cricket fan perspective because a small part of me does enjoy big hitting from batsman like Gayle, Yuvraj, Rohit and Pollard. Obviously, I don't like it when they take too many runs of my favourite bowlers like Johnson and Steyn!" 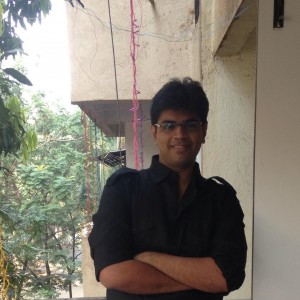 Mobile Software developer Yash Soni opined, "IPL is pure entertainment. Most of the stuff we watch on television takes place abroad, like the EPL, NHL and NBA. It's good to watch an International standard event taking place here in India and that too so well managed! Besides this, I find city rivalry really interesting with matches between cities like Mumbai and Delhi with contrasting cultures."

25-year-old cinematographer Chinmay Deshpande said, "First thing is, it's three hours only, just like a film! Best family time entertainment! I watch the IPL with my dad and, (giggles) support the team that my dad doesn't. So it's like proper fun family time! My dad actually brings firecrackers to celebrate wins, which is too awesome."-

Shaunak Joshi, Director of Film Company Sandbox entertainment, had an interesting thing to say. "How much ever people may criticise the IPL saying that it ruins the gentleman's game, but the funny thing is that they are the ones who end up watching and actually enjoying it! Jo dikhta hai, woh bikta hai," he said.

26-year-old Srikant Anantkrishnan feels, "It's nice to see Indian youngsters get a chance to play against the likes of world class bowlers like Dale Steyn, Sunil Narine and Mitchell Johnson. Even our young Indian bowlers get a chance to prove their mettle against world class batsmen like De Villiers, Maxwell, Dwayne Smith and Kevin Pieterson. You won't believe, Aditya Tare, who got Mumbai Indians into the playoffs with that six off the last ball, was my school mate! I was so happy for that guy."

Everyone had something to say when the topic of the IPL was bought up. Such is the influence of this league that it is slowly turning into a global event, just like the English Premiere League in the U.K. We won't be surprised if one day we see a kid in England stating he's a King's XI Punjab fan with a jersey on! Just like there are Arsenal, or Chelsea fans here in India! Come on, bulava aaya hai!

4 Things To Prepare For Before The Monsoon

Tips for a budget-friendly honeymoon