Why Obese People Get Depressed; And Vice Versa

For years, we've been told that being overweight is a failure of willpower. The most likely scenario for people with a large amount of weight to lose is that even if they shed it by dieting, the weight loss is never permanent. This could well be the reason that most obese people are depressed or in some kind of trauma.

What is really the connection between weight and mental health? Although it is debatable that there's any direct relation between the two, the answer to that question is that it's a vicious cycle – depression can lead to overeating and weight gain; whereas obesity can lead to overwhelming sadness. There are ways by which you may break this extremely destructive circle from harming you. But before that, you need to understand the cycle well. 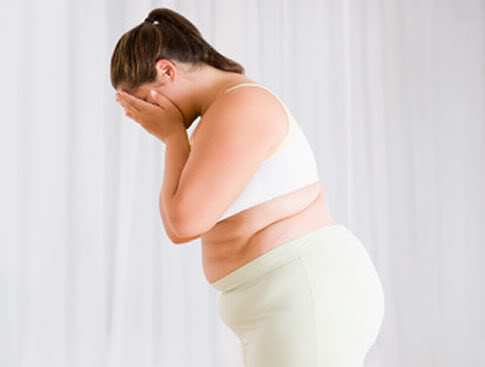 Being obese isn't really a fashion quotient. It can lead to severe emotional trauma[/caption]

Research shows that obese people are 25 times more likely to experience a mood disorder like emotional fluctuations and depression. Obesity causes poor self image, low self-esteem, social isolation which are all known to cause depression. Unfortunately, those who are obese, find themselves detested, stereotyped and discriminated against. But it's not their fault at all. It's the society that incepts these prejudices and makes them feel inferior to others.

The extra weight carried by obese people causes many serious conditions like chronic joint pain, diabetes, cholesterol, and even hypertension which are all linked to depression.

Apart from that, people who are obese often don't find partners. It's obvious that if you don't have somebody who could be your outlet of emotions (whether positive or negative), you'd be lost. Loneliness follows and people take solace in food (lots of it; probably sweet food) which only adds on to the obesity and in the end leads to depression. 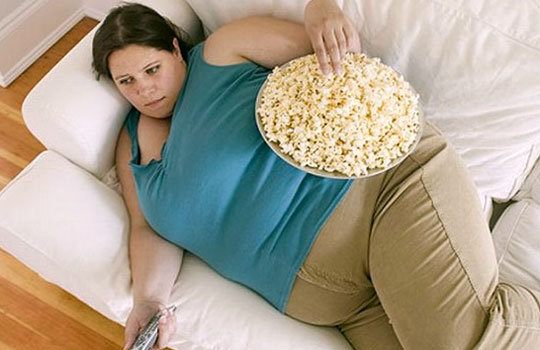 Often when people have a physical ailment, they may figure out a way to treat it on their own; unless it is severe nobody goes to the doctor. "Have an apple daily, save medical bills!" Unfortunately, an apple a day does not work for when you have an emotional problem. A boring job with no prospects and no hope of a fulfilling future can make anybody depressed. Loneliness also causes depression. Similarly several other incidents that may have happened to a person in their past or present life may have a lasting impact on their emotional well being. This impact leads to depression, which may make the depressed person look for happiness elsewhere. In this case, probably in food.

A study conducted in Cincinnati, USA, found that most adolescents who had symptoms of depression were likely to become obese. The study also found that some of the depressed teenagers were already borderline obese.

This shows that people experiencing depression are more likely to overeat or make poor food choices. They may keep to themselves, avoid exercising, and become more sedentary, ultimately leading to obesity.

Also read: Reasons for weight gain that is not your fault

This clearly explains that obesity and depression are linked on some level or the other. But fret not, as both conditions are highly treatable. If you see any signs of either condition in yourself or a loved one, ensure that you see a family physician who would help you craft a plan of diet and exercise that will lead to healthy weight loss; and also treat your emotional state.

How To Pick A Dress For A Pear-shaped Figure

Why You Must Avoid Fad Diets