Why We Celebrate Navratri And Dussehra In India

One of the major Hindu festivals celebrated in our country is Dussehra. Throughout the country people celebrate the festival in their own unique ways. It is preceded by nine days of Navratri celebration that is replete with zeal and enthusiasm, and the 10th day is celebrated as Dussehra. This auspicious festival is celebrated on the 10th day of the bright fortnight of the lunar month of Ashvin to commemorate the conquest of good over evil. There are two major stories behind the celebration of the festival.

Also read: Navratri Fasting: What To Eat, And What Not To

The first one revolves around Hindu God Rama. The story narrates how Rama's wife Sita was abducted by the evil Ravana. This gave rise to a 10-day battle between good (Rama) and evil (Ravana) and subsequently Rama defeated Ravana on the tenth day of the Hindu lunar month Ashvin. This episode of Rama freeing Sita after demolishing Ravana is celebrated as Dussehra. 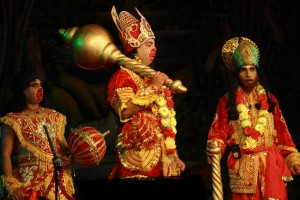 The enactment of Ram-leela during Navratri celebrations[/caption]

One of the most interesting things that have always intrigued me about this festival is the enactment of the story of Lord Rama and Ravana, in a play, popularly known as Ram-leela. Huge processions, feasts and the bursting of crackers is an important feature of the celebrations.On the day of Dussehra, the effigy of Ravana is burned to flames and all the people rejoice on the occasion.

Also read: Why Muslims Sacrifice An Animal On Eid-ul-Adha 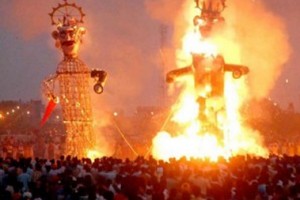 Ravana effigy being burnt on Dussehra[/caption]

The second story that is related to the festival revolves around Goddess Durga. Once, all the demons tried to win over the Gods and capture heaven, but failed. Mahishasura, one of the demons, appeared in the form of a buffalo and acquired great power. With his support, the demons succeeded in defeating the Gods and ruled the heaven. As a result, the Gods or the Devas - Brahma, Vishnu, and Shiva combined their energies and gave birth to a single Shakti, known as Durga. She, riding on a lion, fought Mahishasura continuously for nine days and nights, and finally on the tenth day, successfully defeated and killed him. Therefore, Dussehra is also called Navratra or Durgotsava, to celebrate Durga's victory. 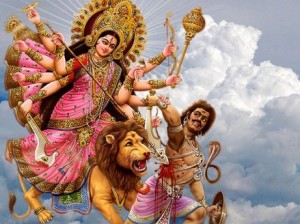 Thus, as you must have noticed, the common element in both these stories is the victory of good over evil. So, this Dussehra kill the demon/devil in you, and let the goodness in you prevail.

How To Wear Or Style Your Hijab For Eid

Will You Date A Guy Who's Shorter Than You?