According to a recent survey, people – especially women – of lower socio-economic status claim to be less satisfied sexually. We don't doubt it. Why? Because, it is in the lower economic strata of the society that we see less educated people; we see men coming home drunk; we see a daily struggle for two morsels of food; we see cases of assaults on women. In such a scenario, how can a woman "enjoy" sex?

We are living in a male chauvinistic society where women are considered to be the ‘weaker' sex, or even an object of sex. This clearly talks about how a man can force a woman to satisfy his sexual urge, irrespective of whether the woman feels like it or not. It is pathetic that many men cannot control their sexual urge and force a girl for sex. Sadly, the girl cannot reject the man approaching her with sexual intentions, because even she does, the man overpowers her and forces her into relenting. It is hard to imagine the plight of the girl when she cannot moan in pain nor push the man away. In this situation, how can she achieve sexual pleasure?

Untold stories of the Indian pavement

Many people in India live on the streets and struggle for a square meal, living from hand to mouth daily. Though many realise their struggle for basic necessities, only a few are aware about the sexual traumas that young girls on the pavements go through on a daily basis. These girls are forced to have sexual relationships with known and unknown men every night. In worst case scenarios, the girls are raped by their own father or brother. And just imagine the horror if you are zipping around the city, and you happen to cursorily witness a man having sex openly with a girl on the pavement. This is something witnessed by many passers-by, with little being done to stop the ordeal.

I have been approached by young girls carrying infants and begging for food or money; and until now I assumed the baby to be their sibling. Only recently did it dawn on me that the babies are their own. Can you imagine a girl bearing a child at the age of 13 or 14? 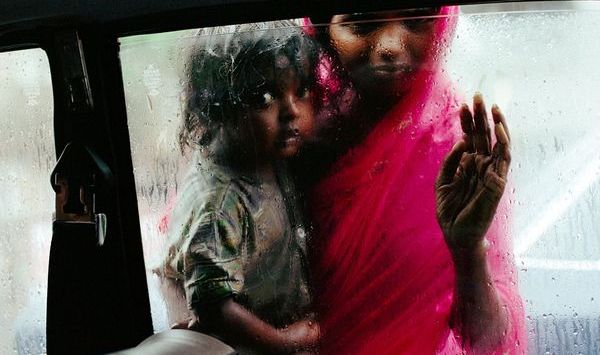 A young mother begging on the roads of Mumbai, India[/caption]

The condition in villages is no better when it comes to the lower socioeconomic strata of the society. When the husbands demand sex, it is mandatory to fulfil the needs of her man even if the woman is unwell. Also, in the case of a joint family living together in a small house, the whole family comes to know when the couple has sex, more so when the man is forcing himself on his wife. But do they intervene? "No; after all it's their personal matter," say people.

Ya, right! It's their "personal matter"; how can anybody just intervene and stop such sexual abuse! *sarcasm*

I just hope this article acts as a wake-up call to some NGOs who work towards saving these young girls and women.

4 Reasons Why You Should Adopt A Homeless Dog

3 lifestyle diseases you should take seriously