Will You Date A Guy Who's Shorter Than You?

To be honest with you I am not extremely tall but am definitely taller than most of my family members and friends. I was never concerned about my height as much as my parents were. They didn't want me to grow taller than the average height for girls in India, and when I asked them the reason, they said that it would be difficult to find a guy for me. I was flummoxed to hear that! But I was more shocked to know that not only did my parents have this opinion, but most of my peers and generally almost everyone has this absurd notion. 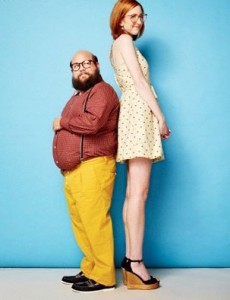 What is this whole concept of taller guys and shorter girls! I asked a few girls from work and other circles if they'd prefer shorter guys or taller guys and this is what some of them said…

Also read: Why Some People Need To Learn To Take A Compliment Well

26-year-old HR executive Dimple Roy, who is currently in a steady relationship, said, "My guy is shorter than me and although I don't mind the difference, he seems to have a slight issue with it. He never likes it when I wear heels because I look way taller than him; in fact, we've had a few fights over it. But I still love him for who he is." 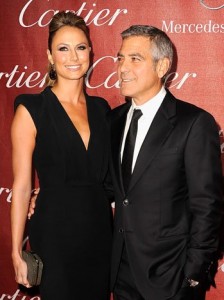 Divya Lovato, 21, says, "I was once dating a guy who was 3 inches shorter than me. And some people would make fun of us, but I still really liked him a lot. Then gradually all of it starting getting on my nerves and I broke up with him. But I regret that today, because he was a really nice guy…"

Also read: The Ideal Courtship Period Before Tying The Knot

Content writer Sabrina Quexac finds no problem in dating shorter guys. She said, "I don't agree with this notion at all! I find nothing wrong in dating or marrying a guy shorter than me because, to be honest, I would not like being judged for my height so why should I judge others. Plus a person's height or body shape makes no difference in the love and emotions they share. You just have to be genuine towards each other."

"My husband is a couple of inches shorter than me. However, in these 10 dreamy years, it has never made a difference to me. I only love him more with each passing day and he loves me too! While we were courting each other, a few friends made fun of us; but the same friends are now quite dissatisfied with their marital lives at the minute. My husband and I treat it as a private joke," laughed Fahima Iqbal, a homemaker. 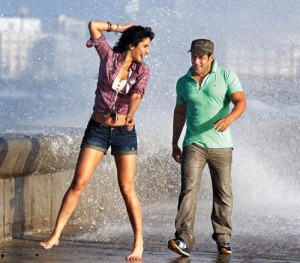 Closer home, Salman Khan and Katrina Kaif once made the perfect tall-girlfriend-short-boyfriend couple[/caption]

Navneeta Shetty, a classical dancer said, "For me, the main point of attraction is a person's height. That's the first thing I see in guys – if he's tall, he's attractive. I don't know why, but that's the thing with me!"

Also read: Heartbreak? Here's how you can deal with it

Looks like the general notion of "dating a shorter guy is taboo", has ruined the dating scenario on the whole. So most women go for taller guys but there are still some women who don't mind dating guys shorter than them. As for me, I'm very comfortable with my height and wouldn't even mind dating a midget if he loved me genuinely.

Why We Celebrate Navratri And Dussehra In India