Will you forgive your partner if s/he cheats on you?

Western influence on the Indian culture has broadened mindsets to a great extent here, but the value of relationships still remains in higher regard compared to western countries. There is no space for betrayal in the traditional Indian culture. A ten-year long marriage in western countries is appreciated with much adulation, but here in India, marriage is binding, and silver jubilees are much more common! Not just that, here, women often pray that they get married to the same person in their next seven lives as well! "Saath janmon ka saath", you see?

But if one of the partners cheats, will the saath janmon ka saath ‘contract' still prevail? 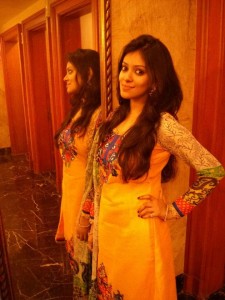 24-year-old lawyer Shreemi Verma has been in a relationship for around three years now. She was against the idea of re-acceptance after betrayal, saying, "No! I certainly wouldn't accept it if he cheats on me. Reason being, I am a very loyal person by nature and I wouldn't accept disloyalty from his side. If he cheats on me, it probably is because there is something missing in the relationship. So, it's better to let go, and let him find that missing something from someone else!" Well, I like how Shreemi highlighted the missing essence point here.

(Also read - Why singledom is better than being in a relationship)

Reeba D'souza, student, who was in a relationship until a few months ago, was of the opinion that cheating can be forgiven, but to take him back, would be debatable. "If my boyfriend cheats on me, I would forgive him but not take him back, because if he cheated on me once, there is every possibility that he will do it again. Trust is something that's very delicate and must be handled with care and respect. If you break my heart, I may be able to forgive you, because God calls us to forgive, and probably even forget; but take back? No! I'm sorry." 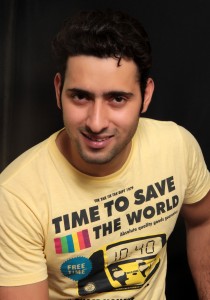 Deepak Bhati, who is in a long distance relationship, claims that he has a very forgiving nature. "I wouldn't mind my girlfriend cheating on me because I know these things do not affect me as such. I've learned one thing in life... that if anything affects me, it is because I have let it affect me; no situation directly affects me! So if a girl cheats on me, I'll forgive her, because it doesn't affect me. But taking her back will depend on the situation and circumstance. If she's special to me then there is probably more room for forgiveness."

Darshit Mehta has been married for around six months, after dating his now wife for around 2 years. "Cheating is a very general term in the context of relationships. However, in the realm of marriage, your whole and soul must be your spouse. There is bound to be traces of attraction towards others outside the relationship, but the question is indulgence. Would you give into these temptations? So, for marriage, this question takes a whole new meaning." He further said, "But if my wife cheats on me, depending on the circumstance, I'd forgive her. But if she persists with cheating on me, then it is quite a logical assumption that the idea of divorce will certainly arise."

(Also read - What do women want from men in a relationship?)

With most people being staunch believers that a relationship is built on trust and there is no room for cheating, it's quite easy to conclude that the sanctity of relationships in a country like India is comparatively excellent. Let us be proud of that!

Why sitting for prolonged hours in dangerous for you

Add some colour to your home