Windows Phone Features You Ought To Know

Windows Mobile, which now goes by the name Windows Phone 8.1, has brought the simplicity and goodness of Windows 8.1 on mobile devices. What sets Windows Phone apart from the Android and iOS operating systems is the minimalistic themes and straightforward nature of its design and interface.

The new OS brings many features that enhance some of the old ones. Here's a quick look at some of those Windows Phone features you ought to know about... 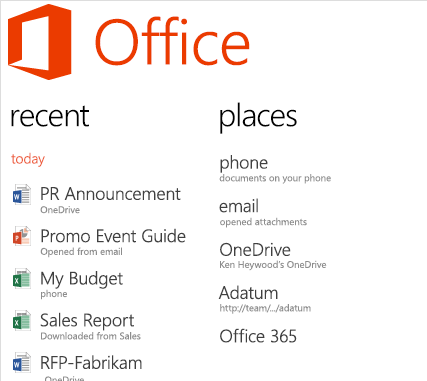 Which Windows Phone would be complete without having some of Microsoft's proprietary programs? That's why the good people at Microsoft have included an app called Office Hub that has Word Mobile, Excel Mobile, PowerPoint Mobile and OneDrive (similar to Google Drive). Now you can view, edit and share your Office documents while you are on the go!

The Lumia Camera has been upgraded to a point where it brings pictures to life, quite literally! Check out some of these awesome new features:

Living Images: Adds motion to pictures in your camera roll that brings them to life. Images shot in Lumia Cinemagraph and Lumia Refocus are also shot as Living Images that play as you scroll through them in the camera roll. This feature has been in Windows phone since around 2 years now, and iPhone introduced this feature of late!

Full Manual Mode: This is a great feature if you want to explore the professional photographer in you. All you got to do is switch to Full Manual Control and you'll have access to onscreen controls for Focus, ISO, Exposure, etc.

Lumia Cinemagraph: Make your moments truly magical with Lumia Cinemagraph! It allows you to make short GIF animations with the help of some handy on-screen controls. The end results will leave you quite mesmerised.

An innovative way to show photos from your Windows Phone is by using PhotoBeamer. All you got to do is point your Lumia at any display showing the www.photobeamer.com webpage, and you can mirror photos onto that screen to enjoy with your friends and family.

Are you a selfie addict? Do you suffer from spontaneous bursts of self-obsessed behaviour that compels you to take a couple dozen selfies every few hours? If this is you, then Lumia Selfie on Windows Phone is perfect for you! With a wide array of options to enhance your selfies, you would be pleasantly surprised with the results. A must-have for every selfie addict.

Ever bought a new phone and then spent hours trying to manually shift all your data from one phone to the other? Well, those days are long gone thanks to apps like Transfer my Data. This app will conveniently transfer contacts, photos, videos, music and even app data, so you can conveniently pick up where you left off - including your wallpaper and lock-screen! 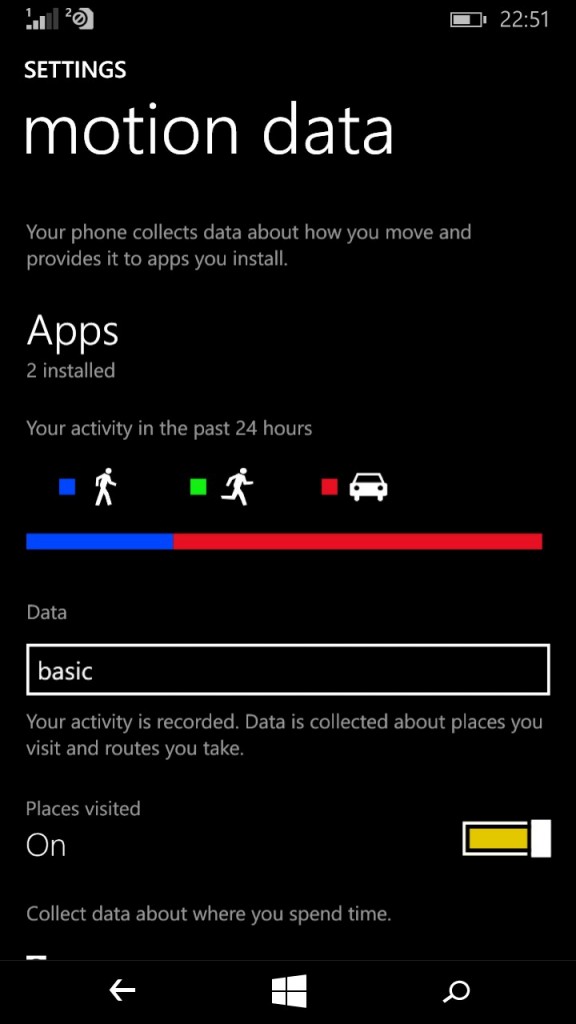 The Motion Data app gives you information on how far you walk, run, cycle or travel by vehicles[/caption]

If you are a fitness freak, this is probably something you'd want to take a look at. The inbuilt Motion Data app gives you information on how far you walk, run, cycle or travel by vehicles. It also tracks your movement, so you can get detailed and accurate data on places you've visited and geographical routes. Why do you need a separate gadget now? 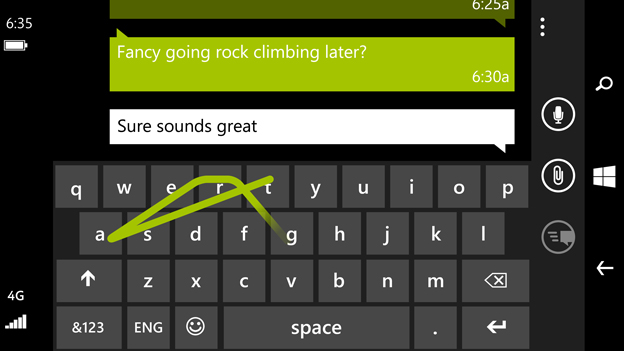 Similar to the Swype keyboard for Android devices, WordFlow gets those words churning out with simple glide gestures on your onscreen keyboard. In simple words, instead of tapping each letter individually, one can simply glide their finger across the letters and the smart keyboard will guess the word. The keyboard is also great at predicting words, even words that are of Indian origin like Andheri or Akshay Kumar! Choose the Hinglish dictionary and you can use WordFlow to type Hindi mein bhi! How convenient is that!

Get to the Action Centre

Possibly one of the most awaited features of Windows Phone is now here – The Action Centre. This is where everything goes down, quite literally. You need to pull down the notification bar to give you access to the Action Centre. It offers you notifications for apps, emails, calls and messages, with the added benefit of toggling quick settings such as Bluetooth, screen rotation options, Wi-Fi, Flight Mode, etc. What's more is the fact that you can also access these features from your Lock screen.

Carry your own personal scanner with Office Lens

Think of Office Lens as a feature that gives you your own personal portable scanner. Similar to the Camscanner app on Android, it allows users to scan documents or take pictures of important papers with ease. You can then import these images into Office and further edit them from there. This is definitely a useful feature for office going folks who need to handle a lot of paper work on a regular basis.

While we have talked about some of the little-known features of Windows Phone, there are many other small and big changes to the OS. Let's not forget the much-awaited voice assistant Cortana, that is rumoured to have gotten better scores than Apple's Siri on some benchmarks. The good news is that Windows Phone OS is changing for the better, and it is great to see Microsoft working hard on user feedback. It is for these reasons that the Windows Phone operating system should be welcomed by end-users with open arms.

Also read: Cool Cell Phone Hacks That Everyone Should Know