Take Extra Care Of Your Pets This Diwali

Diwali brings with it a host of firecrackers and their correspondingly loud noises that are so difficult on our ears. But have you ever imagined those irritatingly loud noises amplified several times over? Sounds nightmarish, doesn't it? Well, that's how it is with animals, especially dogs. While thousands of people across the country celebrate the festival by bursting crackers, dogs – both pet andstray – tremble with fear, as they cannot bear the loud noises. It pierces their delicate ears and drives them crazy in terror.

Also read: Things that may destroy your dog's spirit 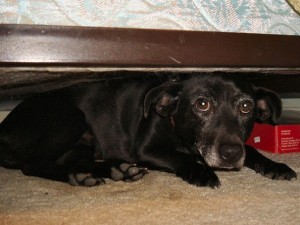 Dogs get scared of loud firecrackers[/caption]

Jeevika Pathak, HR manager, says, "I wish all these people realised how much pain and suffering they give to all the dogs when they burst firecrackers. Dogs are much, much more sensitive to sounds than we are, so a small sound for us is a big thunderous noise for them. Imagine what they must be going through when we as humans are annoyed with the loud firecrackers. I have a pet dog, and some strays around the house; they start whimpering terribly at the noise during Diwali."

23-year-old Dimple D'silva, who has an adopted dog, shares her concerns regarding the issue, "My dog is petrified of the noise from firecrackers that Diwali brings along. She is perpetually hiding under the sofa, trembling. She even refuses to eat. It's affecting her health and I am concerned. She cannot bear the loud noise of the crackers. My humble request to the public is please don't burst firecrackers during Diwali; atleast for the sake of the innocent animals." 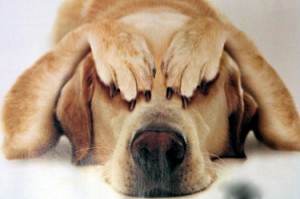 We asked a vet to explain what goes on in a dog's mind when they hear such loud noises. We were informed that the middle ear of dogs is very sensitive; so much so, that even the slightest sounds get magnified a thousand times over! And due to this, they get agitated and paranoid and at times even run away if the gates are open. If this happens, chances are they may lose their way and never return.

Also read: 4 reasons why you should adopt a homeless dog

Apart from dogs, cats, birds, and squirrels are also affected to a great extent due to the noises. There have been many incidents of injured owls and other birds due to the bursting of rockets during Diwali.

Also read: Things you can do with your dog outdoors

The common public needs to understand and take into consideration the well being of animals too. Whoever knows about this issue must educate their friends and family regarding the same. And for those who are still in the dark, I am more than happy to repeat myself. PLEASE NOTE: Animal activists and veterinarians inform that animals like cats and dogs have an incredible hearing ability, which can detect sounds that are too faint for the human ear. Dogs can even hear sounds pitched at frequencies above and below the range of an average human being. And bursting of firecrackers affects them so much that they may go into shock or depression. 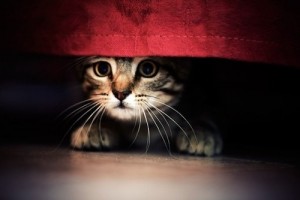 Cats get agitated due to the loud noises of fireworks[/caption]

Tips for pet owners to help and safeguard their pets from the terror:

Distract your pet in any activity that they enjoy doing. For e.g. their favourite chewing toy, a game they like etc

Pick The Best Red For Your Skin

Count Your Calories During The Festive Indulgence